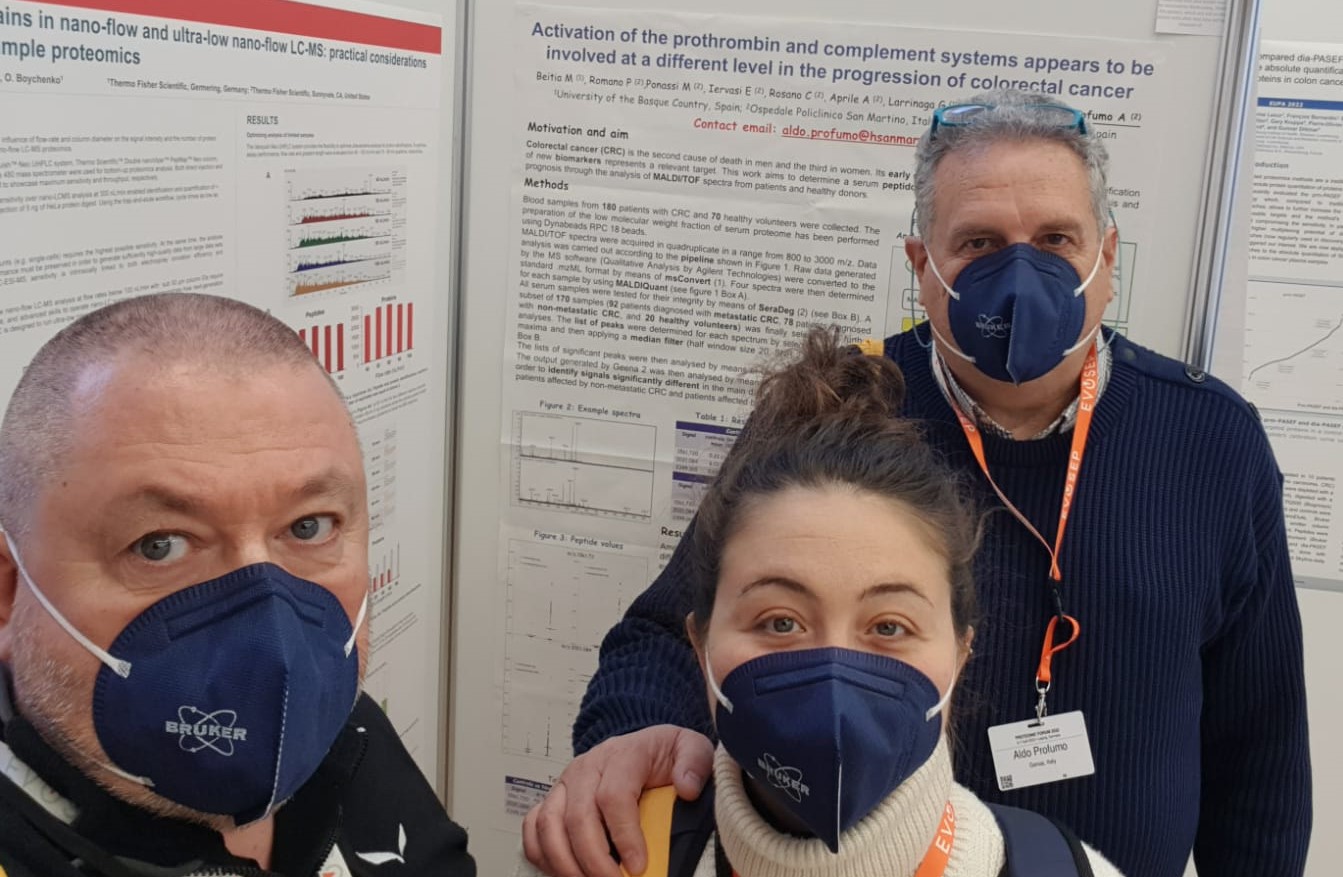 Colorectal cancer (CRC) is one of the most common cancers. Early detection of CRC remains a challenge and the identification of new biomarkers represents a relevant target. Several authors highlighted that serum peptidomic patterns may be correlated with events occurring in all districts of the organism. Mass spectrometry is well suited for the detection of low molecular weight proteins that might well represent a dynamic reflection of tissue function. The aim of the present work is the determination of a serum peptidome signature able to help in the CRC diagnosis and prognosis.

Blood samples from 180 patients with CRC and 70 healthy volunteers were collected. The extraction of the low molecular weight fraction of serum proteome has been performed using Dynabeads RPC 18 beads. MALDI/TOF spectra were acquired in a range from 800 to 3000 m/z. All serum samples were tested for their integrity by means of Seradeg (1), a publicly available web tool aimed at assessing the quality of sera. According to this analysis, only a subset of 170 samples was used in the following comparison. The final set included 170 samples, of which 92 patients had been diagnosed with metastatic CRC, 78 patients had been diagnosed with non-metastatic CRC, and 20 were healthy volunteers. The lists of significant peaks were analysed by means of Geena 2 (2), a publicly available web tool for pre-processing of MALDI/TOF. The output generated by Geena 2 was then analysed by means of SAMR (3), in order to identify signals significantly different in the main data sets, i.e. healthy volunteers, metastatic CRC and non-metastatic CRC. The findings were also validated by a bootstrap resampling procedure. Multiple regression models were used to validate the findings of the SAM analysis taking into account the differences in age and gender between patients and controls.

Our results showed that prothrombin and complement system activation are involved in CRC progression. However, they may provide a novel approach for a better classification of CRC patients only after a validation on an independent larger set of sample.